SACRAMENTO, Calif. — In what a group of California District Attorneys is calling “the most significant fraud on taxpayer funds in California history,” a possible $1 billion in taxpayer-funded COVID unemployment benefits went to convicted murderers, rapists, and death row inmates in the California prison system.

“Nine district attorneys across California and a federal prosecutor on Tuesday made these allegations and called for Gov. Gavin Newsom to intervene to stop such unemployment swindling in California jails and prisons,” the news organization reported, noting that the money went to prisoners, who are ineligible for unemployment relief — including COVID unemployment relief — through “fraud that involves identity theft of prisoners as well as alleged scams by individual inmates and organized gangs to game the state system.”

Thus far, investigators have officially discovered more than $100 million in misdirected funds. However, that appears to be the tip of the iceberg as the attorneys who signed Tuesday’s letter say they believe that once a full investigation has concluded, the losses could total around $1 billion, Daily Wire reported.

“So far, investigations have uncovered more than $400,000 in state benefits paid to death row inmates, and more than $140 million to other incarcerated people in California’s 38 prisons, according to Sacramento County Dist. Atty. Anne Marie Schubert, who helped organize and lead a task force that uncovered the alleged dupery,” the LA Times notes. “In total, payments to those ineligible due to incarceration in prisons and jails could total nearly $1 billion, the prosecutors claim.”

“Kern County Dist. Atty. Cynthia Zimmer, whose district has five prisons, the most of any county in California, called the scope of the scams shocking. Zimmer said her office had found about $16 million in allegedly fraudulent claims in her county alone,” the Los Angeles Times reported.

It’s not clear how much of the unemployment money was stolen, the attorneys say, because there are several schemes involved, and there are individual families, unaffiliated with any larger effort, who may have applied for COVID relief money on behalf of incarcerated relatives — a form of identity theft.

California Governor Gavin Newsom tried to quash concerns about the fraud in a statement Tuesday, pledging to appoint a statewide task force to investigate, but some state officials noted that there are so many Californians in need of unemployment assistance as a result of continued lockdowns, that the problem may be too big to manage — and Newsom’s efforts may be too late, according to reports. 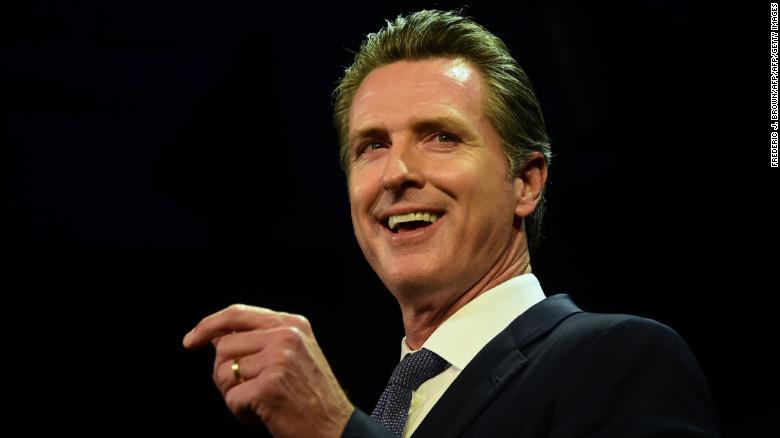 Gov. Gavin Newsom
“To expedite and strengthen these efforts I have directed the Office of Emergency Services to stand up a task force to coordinate state efforts and support investigations by local District Attorneys,” Newsom said. “We will continue to fully partner with law enforcement and direct as many resources as needed to investigate and resolve this issue speedily. While we have made improvements, we need to do more. Everything the state does will be done in partnership with the local District Attorneys and I thank them for their commitment to resolving this issue as quickly as possible.”