SAN JOAQUIN COUNTY, Calif. — The devastated family of an 11-year-old California boy who died after he shot himself during a Zoom class is pushing back against reports that he committed suicide.

The boy, identified as Adan Llanos, was attending the virtual class at Woodbridge Elementary School with his mic and camera turned off when he shot himself Wednesday in Northern California’s Central Valley.

The Sheriff’s Office on Wednesday said it had received several reports of a person shot in the 300 block of Sterling Street just after 11 a.m.

Upon arrival, deputies found a boy inside the home suffering from a head injury. Later in the day, the Sheriff’s Office said Llanos was in a Zoom class at the time of the shooting, but his audio and video had been turned off.

His sister, a Millswood Middle School student, was also in a Zoom class and heard a gunshot in the house. She went to another room, returned and asked her teacher to call 911. The teacher immediately closed the class and made the phone call.

Llanos’ death is still an open investigation, and details have not been made public.

Luis Llano, who identified himself as Adan’s uncle, denied reports that the boy had committed suicide, New York Post reported.

“He was a wonderful child full of life and joy. He was the most respectful and sweetest boy ive ever had the honor of calling my nephew!” Luis wrote on Facebook.

“I ask of guys to please help our family in need, if at least share the post! We ask of you all to please refrain from any speculation and if you see any comments politely ask them to only say positive things. He was not suicidal!” he continued in the tribute.

“This young man was an angel that we had the privilege of knowing! We thank each and everyone of you for your love and prayers; it is really needed.”

Luis’ wife, Stephanie, also sought to deny any suggestions about a suicide.

“We are asking if anyone sees any post or comments insinuating that this incident was suicide or that our nephew was depressed, please help us shut it down,” she wrote on Facebook.

“This was a freak accident and our nephew was a happy kid. Right now seeing those comments is what is the most hurtful to the family and I can use all the help I can get with this. Thank you,” she added. 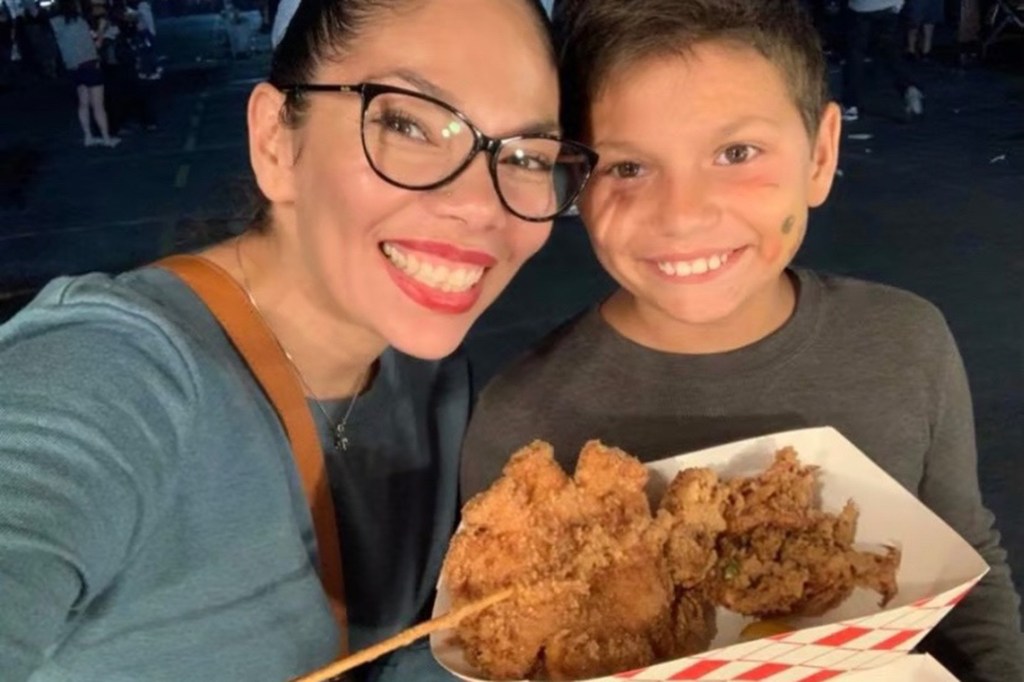 A woman believed to be Stephanie Llanos, left, with her nephew, Adan Llanos (Gofundme)

“He was very loving,” Young said Thursday, according to Lodi News. He always cared about others and always paid attention to when someone around him was feeling down. He was always looking to put a smile on people’s faces.”

He added: “It’s been hard on all of us. The staff has been dealing with our own grieving, the district had its mental health team conduct a live Zoom call with the class so the students could share their memories of him. And they did that not only for his class, but for another class where all the students knew him as well.”

It was unclear how Adan obtained the gun. The investigation is ongoing to determine is the act was intentional or negligent.