Criminal courts have been affected as badly as any public service during coronavirus due to the difficulty of delivering a courtroom-based service while maintaining social distancing.

Demand for criminal courts fell, but their capacity reduced by even more

Overall, crime numbers have been substantially down, with reported crime almost a third lower in April and May than the pre-lockdown average. The police, along with the Crown Prosecution Service (CPS), have also made greater use of out-of-court options (such as cautions) for less serious offences to reduce the number of cases entering the court system that would be subject to long delays.

While a fall in demand has eased pressure on the courts system, its capacity has fallen even further. Social distancing requirements have made courthouses very difficult to operate in.

The overall result has been a reduction in the number of cases entering the court system. Between the end of March and the end of August, the average number of new cases per week received in the magistrates’ courts – the entry point to the criminal courts system – has been 40% down on the pre-coronavirus baseline.

However, while a fall in demand has eased pressure on the courts system, its capacity has fallen even further. Social distancing requirements have made courthouses very difficult to operate in.

In the Crown Court, the number of cases processed averaged 58% of pre-coronavirus levels between the end of March and the end of August; in the magistrates’ the figure was just 41%. As a result, case backlogs have grown substantially.

The Crown Court case backlog is at record levels

The situation in the magistrates’ courts is bad but manageable. At the end of August, the backlog was at its highest level since at least 2012, and 27% higher than pre-crisis. However, the backlog started to fall in August as court capacity increased.

Under the Government’s current recovery plan, it expects magistrates’ courts to run at 2% above pre-coronavirus capacity from December. At that rate, it would take just over two years for the backlog to return to pre-crisis levels.

The situation in the Crown Court is much worse and will be harder to resolve.

At the end of August, the backlog was 46,500, 18% higher than before coronavirus. However, the raw number does not reflect the fact that the backlog is now disproportionately composed of jury trials, which will take much longer to clear.

To return this backlog to pre-crisis levels in a year would require 111,000 sitting days, a 33% increase on 2019/20 levels. This will be difficult to achieve while social distancing requirements remain in place and would likely require the building of many more nightingale courts.

Taking into account the complexity of cases, we calculate that the backlog at the end of August was equivalent to a normal backlog of 56,000 cases, the highest level since at least 2000.

The backlog has probably continued to grow since then, even if Her Majesty’s Courts and Tribunals Service (HMCTS) was able to deliver its recovery plan as hoped. We project that the backlog reached 48,000 cases by November, the equivalent to 61,000 cases when adjusted for complexity.

To return this backlog to pre-crisis levels in a year would require 111,000 sitting days, a 33% increase on 2019/20 levels. This will be difficult to achieve while social distancing requirements remain in place and would likely require the building of many more nightingale courts.

Even this projection may be too optimistic. With infection levels rising and lockdown measures being reintroduced, HMCTS may not be able to implement its recovery plan as hoped, resulting in an even larger backlog.

The rapid expansion of the use of remote hearings during the coronavirus crisis has enabled far more trials to take place than would otherwise have been possible. Case backlogs would have been much higher without this change.

Remote hearings are most effective for routine administrative hearings and are of particular benefit to less senior barristers, and those with caring responsibilities, who might otherwise have two hours or more of travel time to attend a very short hearing. However, hearings do not always proceed smoothly due to unreliable technology, poor internet connections and a lack of user familiarity with the new systems.

The rapid expansion of remote hearings was justified by coronavirus, but telephone and video technology should not be used as extensively post-crisis unless the Government is sure that it is safe to do so.

These problems should largely be resolved with time and greater investment. The Government has already committed £20 million for video conferencing facilities in prisons and £142 million to, among other things, enable 750 more courtrooms to conduct remote hearings.

This will help, but may not be sufficient given the historic underinvestment in the criminal justice system. Indeed, in October the National Police Chiefs’ Council announced that police forces would no longer use virtual remand hearings due to a lack of funding (see below).

However, there are more fundamental questions that can’t be resolved with better technology – specifically, what impact remote hearings have on the quality of justice?

The rapid expansion of remote hearings was justified by coronavirus, but telephone and video technology should not be used as extensively post-crisis unless the Government is sure that it is safe to do so.

The Government must thoroughly evaluate the impact of remote hearings on the quality of justice, taking into account the views of the legal profession, victims and defendants. In the meantime, the Government needs to clarify its views on acceptable backlog levels and waiting times and set out a plan to get there.

The Institute for Government’s report, Performance Tracker 2020: How public services have coped with coronavirus, is now available to download from the Institute’s website.

The NPCC confirmed last month that police will stop running virtual remand hearings from custody suites at the end of November, meaning that from December, defendants will be required to appear in court in person.

In a statement to the Law Gazette, a spokesperson for the NPCC said that police forces had taken on “considerable extra responsibilities” since the start of the pandemic to support the wider criminal justice system, including running video remand hearings from custody suites. 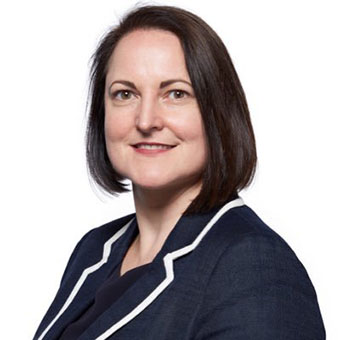 “Since then the demand on the service from calls, crime and arrests have returned to the same level as before the pandemic,” continued the spokesperson. “Chief constables have taken the decision to maintain video remand hearings from custody suites until it is no longer financially and operationally sustainable locally. Forces will stop the use of it altogether from December onwards.”

Speaking after the announcement, Alison Hernandez, Police and Crime Commissioner for Devon, Cornwall and the Isles of Scilly, said that while the force had been one of the first to step in to host virtual courts, it had always been theintension that court staff would take over from police officers at the earliest possible opportunity. However, the primary legislation required to enable court-appointed contractors to staff the courts would not now be in place until next year.

Ms Hernandez said she had “grave concerns” that victims of crime could face unacceptable further delays in getting justice: “We have given this scheme more time and resources than most, being one of the first to sign up and among the last to pull out, a decision I asked to be made.

“But unless there is a commitment to getting these courts manned in the very near future, we are going to see less policing resources on the frontline supporting our communities at a time of heightened need.

“In addition to the resource burden on policing for virtual remand courts, there is a backlog of Crown and magistrates’ court cases that means justice is getting delayed.”