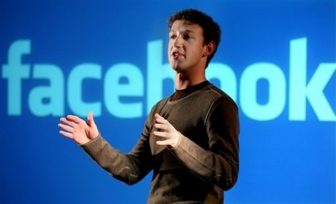 The Chan Zuckerberg Initiative (CZI), the foundation started by Mark Zuckerberg and his wife Priscilla Chan, is planning to overhaul its political program and spin out much of its advocacy work to outside organizations.

Zuckerberg and Chan will launch a new group focused on criminal justice reform that they will back with $350 million from their fortune and will also be effectively merging their in-house immigration work with an outside group also backed by Zuckerberg, Fwd.us, which pushes for comprehensive reform, reports Vox.

All told, the billionaire couple is committing another $450 million to the two causes over the next few years. CZI was launched in 2015 with a special focus on politics — one of its three original central “pillars” was an advocacy unit called Justice and Opportunity Initiatives — and it has grown to become one of the most important philanthropies in America. CZI’s political spending has drawn more scrutiny as its co-CEO Zuckerberg became more and more politically divisive because of his role as CEO at Facebook.

Some of Zuckerberg’s travails in his day job have boomeranged onto CZI, which is a separate organization but is linked reputationally to the Facebook founder. When CZI launched an ambitious attempt this year to pass a California ballot initiative to modify a law that was widely considered the state’s third rail, opponents latched onto Zuckerberg’s involvement as a line of attack.

The new arrangement will, intentionally or not, give Zuckerberg more distance from his specific bets The spun-out, independent criminal justice group, called the Justice Accelerator Fund, will be led by Ana Zamora, who heads CZI’s work on the topic and used to lead the ACLU in Northern California.