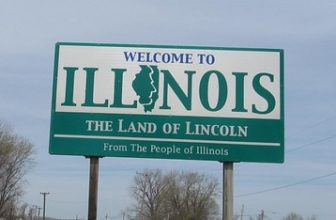 Illinois legislators have approved a massive 764-page police and criminal justice reform bill that could end the practice of cash bail in Illinois and make it easier to decertify officers who commit misconduct, reports the Chicago Tribune. The measures, approved by narrow margins in the final hours of the Illinois General Assembly’s lame-duck session, were the focus of strong opposition from law enforcement groups and labor unions.

While the final package approved by the Senate eliminated some of the more controversial measures, including a provision removing protections for police officers in lawsuits alleging civil rights violations, and one that would withhold state funds from municipalities that fail to comply with body camera requirements, both Senate republicans and law enforcement representatives argued that the bill made Illinois less safe.

GOP Sen. Jason Barickman of Bloomington argued that prohibiting the use of cash bail could lead to situations where crimes are committed by people awaiting trial and law enforcement organizations including the Fraternal Order of Police Lodge 7 — which represents rank-and-file officers with the Chicago Police Department — and the Illinois Law Enforcement Coalition said the legislation is a “betrayal of the public trust” that “gives many more advantages to criminals than the police.”

However, supporters note that judges will have discretion to order that people be held if they pose a risk. The bill’s sponsor, Sen. Elgie Sims of Chicago, criticized Republicans for complaining about gun violence in the city while opposing gun laws he contended would help reduce violent crime.  Sims said his bill would help reduce crime by “fundamentally changing the way we do criminal justice in this state.”