You really have wonder what’s the purpose of the media nowadays:

But gun violence deaths are “acceptable losses” to Groot as long as she gets to hammer the CPD. 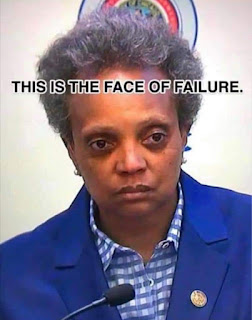 And whomever is pulling Groot’s strings at the national level doesn’t really care about dead minorities either. They’ll get to preach about the “evil guns” and attack right-thinking people and businesses.