A new paper labels American feminism as “carceral” and argues that in its efforts to bring attention to sexual assault and domestic violence, it has unintentionally “acted as soldiers in the war on crime.”

The paper, entitled “#MeToo and Mass Incarceration” by Aya Gruber, was published in the Ohio State Journal of Criminal Law and written as a modification of her book The Feminist War on Crime: The Unexpected Role of Women’s Liberation in Mass Incarceration. 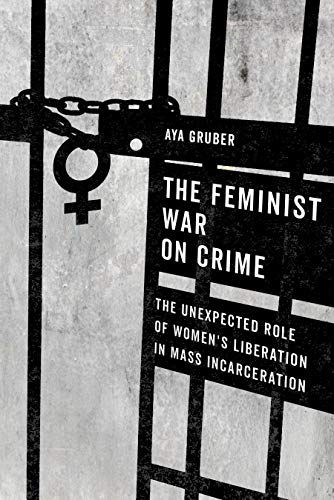 Gruber, now a  professor at the University of Colorado Law School,  wrote that as a woman and a defense attorney, she battled with a “sense of disillusionment” because, while she admired the feminist movement, she felt that it “played a distinct role in broadening and legitimizing the unconscionable penal state.”

Gruber’s opinions on feminism were largely shaped by her time as a defense attorney, specifically by one defendant named Jamal.

In 2000, when she was his defense attorney, Jamal was 19. He lived in an apartment with his girlfriend Britney and their baby, and had no “severe criminal history or drug habit.”

Britney called the police on Jamal after a fight between the two became physical, but said that she didn’t intend to press charges or seek a non-contact order that would result from a domestic violence charge.

Britney chose not to attend Jamal’s criminal trial in hopes that the case would be dropped. Jamal ended up pleading guilty to assault in an attempt to avoid a jail sentence and prolong his domestic violence hearing by nine months, where he had to take rehabilitative classes in order to comply with probation.

These classes cost Jamal $8 each, and he had to attend nearly 40 classes. After not attending class because he couldn’t afford them, Jamal was given a 100–day prison sentence.

What made Jamal’s case stand out to Gruber was the normalcy of it.

According to Gruber, men all over the country end up in Jamal’s situation or one much like it. It’s very likely that Jamal did assault Britney. But when Britney called the police, she had “no clue of the unstoppable penal machine she would trigger,” said Gruber.

Jamal and Britney continued living together with their child after he was released from prison, but they soon lost their ability to get public housing due to Jamal’s incarceration.

Gruber said that Jamal’s situation seems “mundane” in comparison to the horrific stories of sexual assault and rape across the country, and stories like his are “unusual in feminist storytelling” even though common.

Sexual assault is not always “a story of heroes and villains,” said Gruber. People like Jamal and Britney, who have a child, suffer the “brutal conditions of entrenched poverty, racial inequality, homelessness, and despair,” due to a criminal justice system that already disproportionately affects them because of the color of their skin.

This is where feminism and mass incarceration meet.

Throughout its history, the concept of feminism hasn’t always meant the same thing, Gruber said. In the 1970’s, feminists put more focus into classical gender roles, some prioritizing “formal equality, while others sought radical substantive justice,” said Gruber. Some abhorred domesticity, while others celebrated motherhood.”

It wasn’t until the 80s and 90s that the concept of feminism became a carceral idea. For the first time, the underpolicing of men who were accused of sexual assault was thought to be a major problem regarding gender-reform issues, which in turn led to the incarceration of men being the forefront of the feminist issue.

“By the close of the millennium, the stalwart suit-wearing prosecutor who throws the book at rapists had replaced the bra-burner as the symbol of women’s empowerment,” Gruber said.

In 2010 reforms like the Fair Sentencing Act proved that the nation was experiencing a shift in understanding how mass incarceration and prison conditions were a national problem. The conversation began to include rhetoric about how the criminal justice system was racialized, and people began to realize how disproportionality and racism played a part in sentencing and arrests.

As more of the country came to recognize the defects of the criminal justice system, the #MeToo movement took the nation by storm, “transforming clickbait into a feminist political movement” and a single Tweet or accusation causing “liberals to condemn their political heroes and artistic icons,” Gruber said.

The original #MeToo movement, created by Tamara Burke in 2006, had less to do with the immediate incarceration of men and more to do with social services and programs to help women who are survivors of sexual assault. However, when the #MeToo movement erupted in 2017 on Twitter, it took on an entirely different meaning.

The problem with the #MeToo movement was that, while giving voices to women who felt like they had none, its message was “often conflicting,” said Gruber.

“#MeToo called on women to show solidarity through confessing sexual victimhood, and they did so by publicizing a range of experiences from the extreme (violent rape) to the seemingly mundane (wolf-whistling, overenthusiastic hugging),” said Gruber.

This left Americans wondering how feminism had become “a legitimator of penalty in an era of declining faith in criminal punishment,” Gruber said.

As Gruber described, the country then saw two different ‘liberal’ ideas: the push for prison reform and lowered incarceration rates, while the concept of carceral feminism insisted that men be immediately incarcerated as a way of “preventing and punishing men’s bad sexual and intimate behavior.”

Gruber said that as women and men alike got swept up in the feminist revolution, especially the #MeToo movement, it’s natural “to advocate for more criminal enforcement in the face of rape crisis statistics and stories of abuser impunity.”

This becomes dangerous when the public forgets “that the criminal system is culturally ordered, technocratic, and beholden to specific political forces,” Gruber said.

According to Gruber, embracing a “tough on crime” narrative for feminism hurts people of color, who are already disproportionately discriminated against within the criminal justice system.

Lynchings as punishments for Black men accused of raping white women and narratives pushed by the president that American women need to be protected from “Mexican rapists” are just two examples of how sexual assault has been used as a means to hyper target and criminalize racial minorities.

Cases of sexual assault revolving the carceral feminist notion risks “rich and powerful men have the corrupt influence to evade even toughened laws, placing the burden of increased criminalization on the poor minorities who form the policed segment of the population,” Gruber said.

But according to Gruber, the carceral feminist isn’t meant to cover every feminist, or every person who believes in women’s equality. In fact, a lot of feminists “regret that feminist law-and-order policies contributed to a carceral regime that disserves marginalized people, including women,” she said.

Gruber included the story of Aziz Ansari, which came to public attention after a woman he’d been on a date with wrote her story to Babe.net. She wrote a detailed account of what happened in the date in an effort to “cancel” Ansari, who like many powerful men had found themselves under fire from the #MeToo movement.

The woman’s story was fiercely criticized even by #MeToo leaders, saying that Ansari’s situation was no more than an “unpleasant date.”

His story marked a turning point in the movement in determining who and what should truly be condemned in the eyes of sexual assault allegations.

The movement had already spread to college campuses, notorious for ignoring sexual assault cases, where the term “affirmative consent” became a baseline rule for what is considered assault.

While Gruber says that feminist law scholars insist consent laws should be overtly enforced and victims always believed, “poor men of color who come within the purview of this aggressive prosecution of overbroad rape laws,” will not receive support like Ansari or other celebrities like him.

Instead they could be sentenced to jail.

Gruber wrote that she isn’t trying to “criticize feminism as inherently punitive” or “defend its role in mass incarceration as mere co-optation,” but instead bring attention to how carceral feminism contributes to the problem of racial discrimination and mass incarceration.

Gruber closed her article by proposing something called a “neofeminist”— a type of feminism that supports the rights of women but refers to criminal law as a last resort.

“Neofeminism is acutely conscious that criminal law causes real injuries and views feminist participation in the penal system with a jaundiced eye,” said Gruber. “It is also mindful that gender is one of multiple intersecting sites of hierarchy, along with class, race, and economic status.”

Gruber said that, as neofeminists, women could lean away from mandatory arrests and sentencing and into increased sexual education.

“Feminists should topple powerful abusers through political action, not through allying with criminal authority that disproportionately harms the disempowered,” said Gruber.

The full report can be found here.