Neighbors of the man who was arrested in the Bronx Thursday say he was a known pedophile and alleged they regularly saw him bringing young girls back to his apartment.

Paul Alexander, 57, the CEO of a small, Bronx-based charter jet company, was arrested on charges he trafficked girls as young as 12-years-old, New York Post reported.

The arrest was the result of a joint investigation by the state prosecutor’s office called “Operation Mile High” — a nod to his job as CEO of Central Jet Charter, New York Attorney General Letitia James said Saturday.

Alexander had no remorse for his young victims, and would charge older men to have sex with them, the AG’s office said. 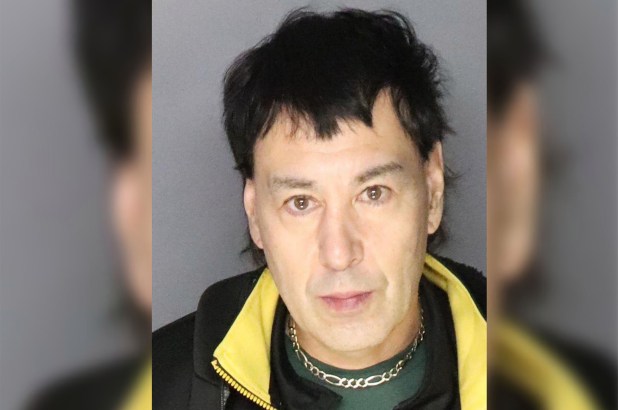 The investigation began in March, when an underage victim reported Alexander to the NYPD, alleging he pimped out and abused her and other girls, the AG said.

An undercover agent posing as a John then met with Alexander, who charged him $300 for sex with 12- and 14-year-old girls, New York Post reported.

Alexander also encouraged the agent to ply the girls with marijuana and alcohol to make them more cooperative, according to the press release.

Alexander, a Level 3 registered sex offender, was arraigned Saturday in Bronx County Criminal Court on multiple counts of sex trafficking of a child and related charges.

He is the first to be charged with the newly enacted crime of child sex trafficking in New York state, which carries a steeper penalty than trafficking of adults.

Neighbor Dan Santiago, 26, told The Post he would see groups of young girls and men coming in and out of Alexander’s apartment in their building in Fordham Heights.

“I would always see him with little girls up there,” he alleged. “It was never one person coming out of the apartment, it was always like a group. I found that suspicious. He was doing something up there for sure.”

Another neighbor, who lives below Alexander, said the apartment was always noisy and that she even warned him to stay away from her daughters.

“He has never messed with me or with my daughters. He would make so much noise. I took a bat and went upstairs and told him, ‘Come here, if you ever touch one of my daughters … I will kill you right here in this building,’” the woman said in Spanish.

“No, no. It wasn’t like that,” she said Alexander told her.

The woman, who didn’t want to be named, was relieved Alexander was behind bars and hoped he wouldn’t harm any more young girls, The Post reported.

“They need to take him away from here. We don’t people like that here” the woman said. “Children live here, and I have to take care of my daughters.”

A woman who opened the door of Alexander’s apartment claiming to be his roommate said she didn’t see anything suspicious because she was never home.

Other neighbors recalled seeing Alexander wandering around a school in Fordham Heights.

“He stays by the McDonald’s, [on Fordham Road] that’s where he finds them. That’s where he would pick up those kids,” said a neighbor who lives on the first floor. “There is a high school around there, he would go there and be waiting on them.”

“They had on little sports bras, little shorts,” recalled another female neighbor. “I’m so glad he’s gone. He has like a creepy vibe, like he’s a villain.”