Since the police killings of George Floyd, Breonna Taylor, and so many others, the violent behavior of the police has yet again come under increased scrutiny.

The standard way of excusing police departments from responsibility for the actions of their members is to label them as rogue cops―“bad apples” who do not represent the vast majority of cops who are honorable and good.

But “bad cops” aren’t born that way. They are created through assimilating to police culture and through peer interactions with other officers.

Police operate in intense, closed, face-to-face social worlds that develop their own culture and norms of behavior, and have very defined boundaries between “us” (read: middle-class white people), the cops who “protect” us, and “them.”

New recruits “assimilate” to a group that already has a culture with defined norms of behavior. They will want to be like the other cops, and will follow their rules, to conform to the norms of the group—not necessarily the norms of the organization, but of their fellow officers.

This is true of Black, Latinx and Asian American police, as well as white ones. When minority police assimilate to police culture, they become Blue. But white police, as they are the vast majority of police, get to be both white and Blue.

In a recently published, ground-breaking study of peer effects on police behavior, Edika Quispe-Torreblanca and Neil Stewart examined misconduct among police in London from 2011-2014, a time frame that allowed them to map changes in behavior over time, and to see what happens when cops change peer groups.

They found that “a ten-percentage-point increase in the fraction of peers with misconduct would raise the incidence of misconduct by an absolute 8 percent. These results are consistent when an officer switches to an entirely new group or when he receives new members to his current peer group.”

That is, cops who hang out with bad apples become bad apples.

Following from this, they argue that “moving a bad cop to alternative locations will increase the risk of spreading misconduct.”

This poses a problem for cities that have bad apple cops, but won’t or can’t fire them. For instance, this past June, the New York Police Department (NYPD) decided to disband plainclothes officer units that operated throughout the city; the officers in these units represent 6 percent of the force, but are involved in 31 percent of all fatal shootings.

Reassigning such problem officers, who surely have developed an even more violent subculture among them than among the already violent NYPD police culture, is probably not going to make things better. (Daniel Pantaleo, who killed Eric Garner in 2014 with a chokehold, was a plainclothes cop.)

As the London study suggests, they’ll bring their attitudes with them and help to develop violent behavior among cops in units to which they’re newly assigned. Or they’ll pick up new “tricks” in their new working environments.

One of the co-authors of the London study, which showed a strong peer effect of misconduct among cops, said in an interview, “I don’t think this is a police problem as much as a human being problem.”

But their study wasn’t reporting on the behavior of cops overall; it reported on their misconduct on the job. So actually, this is very much a police problem. The behavior of these cops occurs as a result of influencing, and being influenced, by their police peers.

Another similar study looked at gun violence among Chicago cops from 2010-2016, examining 435 shootings. Police killed 92 people (80 Black individuals), and wounded 170. Only 14 people shot were White, 35 were Latino, and nearly all the rest were Black.

The researchers found that police violence was “contagious.” Contagion affected about 30 percent of the shootings in the time period they looked at. They found that within two years, being exposed to a single shooting more than doubled a “network neighbor’s” probability of future shooting.

The researchers concluded that “[o]fficers who are exposed to multiple shootings appear to be particularly at risk, as the effect of exposure is cumulative.”

There is a direct peer effect here. Officers who are connected through their networks to officers involved in shootings, are more likely to themselves be involved in shootings. They see this behavior from their peers, and learn that this is acceptable. This behavior is also reinforced by the rarity of legal or administrative consequences for police shooting or killing someone.

The notion of peer effects, and the police culture that forms the framework for officer behavior, can help us to understand why “good cops” almost never step in when bad cops get out of control, like when they indiscriminately beat protestors.

A cop who “merely” beats someone senseless at a protest or even kills someone doesn’t face any negative consequence from their peers (and rarely from their superiors), as protesters are on the other side of the “thin blue line” that supposedly separates “us” from anarchy.

Tom Nolan, a criminologist and a former lieutenant and 27-year veteran of the Boston Police Department says:

I have seen, throughout my decades in law enforcement, that police culture tends to privilege the use of violent tactics and non-negotiable force over compromise, mediation, and peaceful conflict resolution. It reinforces a general acceptance among officers of the use of any and all means of force available when confronted with real or perceived threats to officers.”

The militarized police response to protests, he adds, “is in part due to a policing culture in which protesters are often perceived as the ‘enemy.’”

While anti-police or anti-government protesters are seen by police as their enemy, pro-police or pro-government (specifically, pro-Republican) protesters are seen as their allies. Recently in Kenosha, Wisconsin, 17-year-old (white) Kyle Rittenhouse, armed with an AR-15, walked right up to and chatted with police before he killed two people who were protesting the police.

One officer tossed bottles of water to the boy’s militia partners and said, “We appreciate you guys, we really do.” (About 90 percent of Kenosha police are white; whites are roughly two-thirds of the city’s population.)

This is not coincidental. White police officers are often drawn from the same pool of people, live amongst them, and share the same politics and ideologies and racism.

We’ve seen time and again police in departments big and small showing their affiliations with far-right racist/militant groups like the Oath Keepers and Three Percenters and Proud Boys with hardly any repercussions.

So when the Kenosha police applaud the white militia members, they’re applauding their people.

Police culture has taken decades to become what it is. Not only is it very strong; it is also structurally reinforced by the power of police unions to severely hamper even the most tepid reform efforts, and by politicians who can score easy political points by being “tough on crime”—which further validates the social standing of police and police culture.

(For instance, think of what would happen if a politician criticized the pro-police thin blue line flag as a desecration of the American flag. They wouldn’t dare.)

Given all this, the chances that smaller-scale reform measures on their own can change police culture and violence among the police are very small. For instance, the recently announced policy revisions in New Jersey (that will go into effect in another year) that will require cops to intervene when they see other cops using illegal or excessive force is likely destined for failure since it will be up to cops themselves to interpret what is illegal or excessive, and local district attorneys will possibly undermine it, as they rely on these same cops for their investigations.

Many other seemingly smart approaches to reform the excessive violence of police (like implicit bias trainings) have already been tried. They don’t work, as they don’t directly attempt to address police culture or peer effects

So, how could you change police culture?

For one, cities could change the terms with which they negotiate with unions—only negotiate financials, and make disciplinary issues (which across the country are negotiated within union contracts) administrative rather than contractual.

Municipalities could also make cops personally liable for bad behavior with malpractice insurance, the way doctors have medical malpractice insurance. Both of these approaches could allow for actual oversight of police. If there are actual consequences for unlawful or excessive force, it could be an impetus to changing police cultural attitudes to violence. Police unions and many politicians of course would fight these tooth and nail.

Municipalities could also try to make radical changes to the composition of police forces (nationally, the police are 65 percent white and 85 percent male) at all levels. This would change peer group composition, which could possibly lead to redefining norms of the peer culture. For instance, police might stop seeing Black people and protesters as, by default, their enemy. 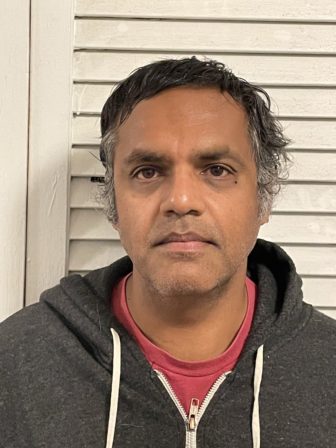 It can’t be a small number of Black and other minority hires, though, as they would have to assimilate to the police culture; a larger number can be bolder in trying to change the culture.

Even this would be a long shot.

It’s important to keep in mind that police culture has taken decades to become what it is; changing it will be incredibly difficult and will take a long time.

Can ‘Defunding’ Address the Police Crisis? The Crime Report, Jan 4, 2021

Just How Many Cops are Bad Apples? The Crime Report, by Gregory Squires and James Austin, Aug. 11, 2020

Syed Ali is a sociologist at LIU-Brooklyn, who has written for the Atlantic and the New York Daily News. He is currently working on a book with Margaret M. Chin examining peer effects on behavior among high school and college students, in corporate workplaces, and the police.