ST. CLAIR SHORES, Mich. — A Michigan man says he was possibly targeted due to his political beliefs after at least one explosive was thrown into his home on Saturday morning, according to reports.

The St. Clair Shores homeowner, who wished to remain anonymous, said he and his girlfriend were in an upstairs bedroom at the time of an explosion, which blew out drywall, shattered glass and caused cracks in the ceiling, FOX 2 of Detroit reported.

“We came out and there was a big mess here,” the homeowner said. “Everything was smoking and I got on the phone and called 911 and they showed up pretty quick.”

He added that he heard two loud booms and that neighbors “thought a bomb went off.”

“Smoke was filling the house,” the homeowner said, according to WDIV-TV. “I went up told her to get out the house, ‘Grab the dog and get out of the house.’”

“When we came outside, we noticed the whole window, it was completely blown out, smoke coming out. I didn’t know if the house was on fire or what was going on,” the homeowner said. “I seen a truck racing down the road. When the police showed up, they went in, luckily it didn’t catch fire, but the actual implosion of the mortar, it did some serious damage.”

The homeowner also shared video with WDIV-TV of who he believes is the suspect responsible for throwing explosive devices into his home before driving off.

“We were really scared. I mean when you feel your house shake and explode and smoke, you don’t know what’s going on,” the homeowner told WDIV-TV. 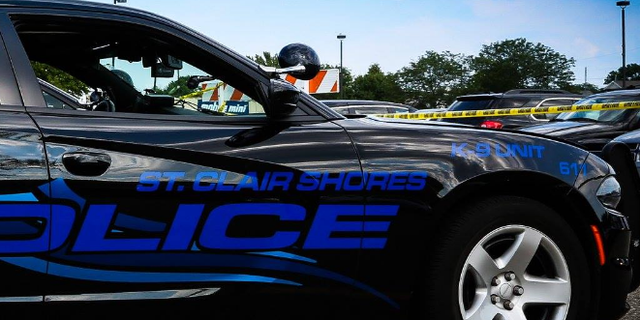 When asked about the motivation, he believes it’s possibly connected to his politics, WDIV reported.

“Some people say because I’m a pretty avid Trump Supporter,” the homeowner said. “I always have my sign up.”

That’s why he’s offering a $10,000 reward for any information regarding what happened.

“I mean, it’s worth it to me to find out who’s trying to catch my house on fire and possibly kill me,” the homeowner said.