GARY, Ind. — A manhunt is underway for an accused killer after surveillance footage shows the 22-year-old murder suspect’s escape from custody when he fled from a private transport vehicle that had stopped to get take out from a McDonald’s in Indiana.

Law enforcement authorities are searching for Leon Taylor, who on Monday escaped from the back seat of a dark-colored SUV that had stopped at the fast-food restaurant in Gary while he was in the process of being  extradited to a local jail in Indiana from Texas, the Times of Northwest Indiana reported.

Authorities released more than a minute of footage on Tuesday that apparently shows Taylor open the door and exit the vehicle at roughly 2:10 p.m. Monday. Once he exits the SUV, he appears to be wrestling with something on his leg, which police identified as a brace, before vanishing.

The vehicle was being operated by an agent from REDI Transports, a private transportation company tasked with delivering Taylor to Crown Point to face murder and drug charges, the Lake County Sheriff’s Department said in a series of Facebook posts. 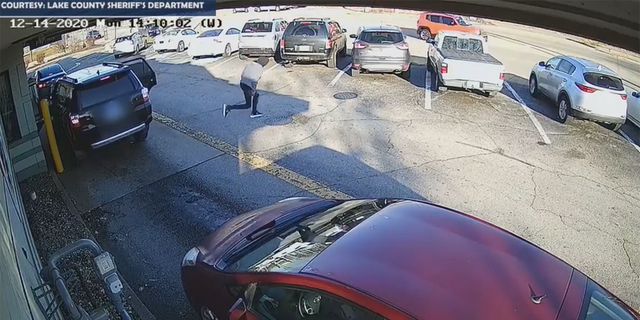 Leon Taylor is seen fleeing from a vehicle waiting to pay at a McDonald’s drive-thru. (Lake County Sheriff’s Department)

Lake County Sheriff Oscar Martinez Jr. was highly critical of the transport company, writing in a Facebook post that he finds it “appalling that REDI Transports failed to use appropriate caution and may have put the public at risk.”

The agent who carried out the botched transport did not place Taylor in shackles, Martinez wrote.

“We believe shackles could have prevented the suspect from getting away,” Martinez said. “We also believe the suspect may have been manipulating his leg brace during the trip and was apparently continuing to disable the device when he exited the SUV at the McDonald’s drive-thru.” 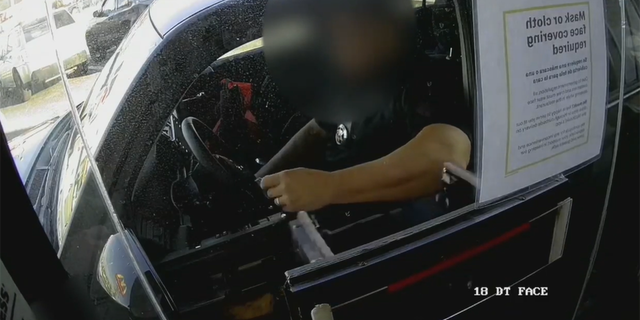 The private contract agents were about to pay when Leon Taylor escaped the vehicle. (Lake County Sheriff’s Department)

“We are also conducting our own internal investigation into what happened,” she said in an email to the news organization, “and are determining what procedural or process changes may be needed to ensure this does not happen again.”

The footage shows Taylor running through the parking lot and crossing a busy roadway. The driver then pulls the vehicle out of the drive-thru line before stopping the car and running after him.

From a different angle, the video shows the agent handing the McDonald’s employee a card as Taylor appears to slip out the back door. After noticing his escape, the driver tries to open the front door before realizing he cannot. 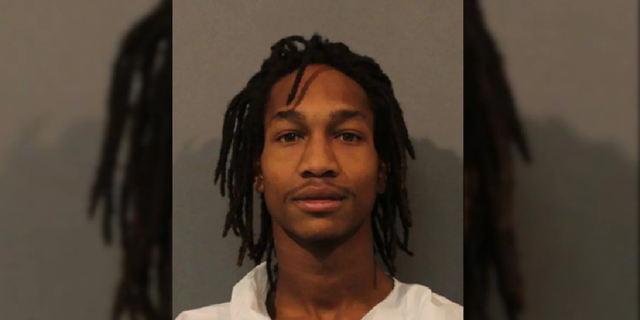 After being unable to catch up to him, the agent notified local authorities of Taylor’s escape, prompting a manhunt that included Lake County’s aviation and K9 units.

Taylor was wearing a “belly chain with handcuffs” in addition to the leg brace, police said. At the time of his getaway, he was en route to Lake County Jail in Crown Point to face murder and marijuana charges out of East Chicago.

The Times of Northwest Indiana cited sources in reporting that Taylor is accused of robbing and shooting a 52-year-old man on Nov. 19. He later died.

Police said Taylor is a resident of Hammond, Ind. They described him as being 6 feet tall and roughly 162 pounds with hazel eyes and brown hair.