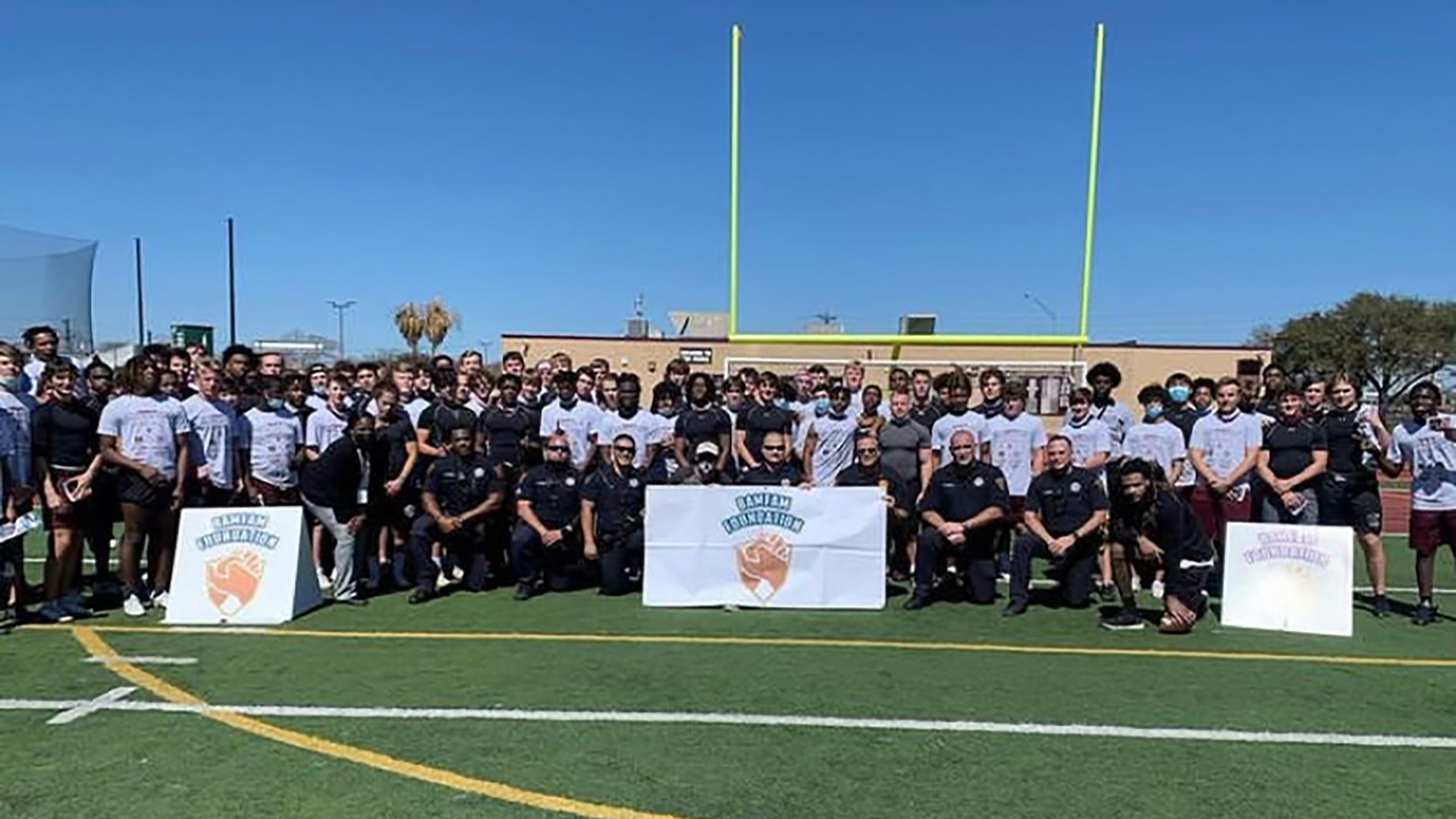 The Texas-based nonprofit BamFam Foundation is working to promote a positive relationship between students and local law enforcement through the connection of sports.

Rogers said, “They see us athletes as their role models and if they see us having fun with the cops, it feels okay for them to do it too.”

The foundation holds sporting community events across the country to build create positive experiences between the youth and their community.

Their most recent Ride-Along event in College Station included a Q&A open mic between high school students, several officers and Rogers, and finished off with drills, dodge ball and tug-of-war. Video from the event can be viewed here.

The open mic was a special opportunity to ask police officers questions and share both positive and negative experiences.

College Station Police Officer Chad Jones spoke about the goal of the event. “We try to have that bond and friendship and stuff with all the negativity that’s going on around us,” said Jones.

The foundation, which holds events with law enforcement and schools across the country, believes that experiences like this are positive and educational for students to see officers serving their community “outside of the norm.”

A&M Consolidated High School was the 25th school in the First Down Ride-Along Program, which started in 2019.

Ian Leslie, Foundation Director of Community Development, said, “We take this program across the country, working with different police departments and schools, and it’s just very interesting to see the transformation from the kids at the very beginning to the end where they’re all hyped.”

He continued, “It’s just great to know that our efforts are paying off and we’re really out here making an impact, we’re not just talking about it we’re out here doing it.”