So we got some a tip that a certain aldercreature was running a speakeasy. We’ll call it “Stan Rather” to keep it on the down-low. We had a contributor check it out and this is we discovered with zero effort:

Pictures – we promised some pictures (click for larger versions): The 03 December newspaper and menu for “Stan Rather” 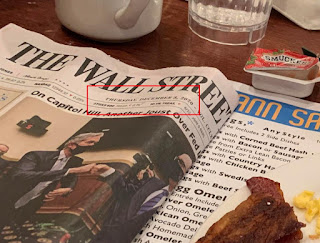 Dining in – the decor is well known 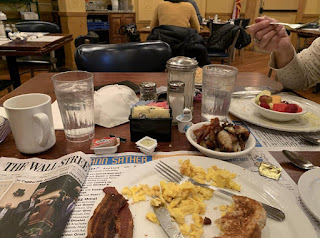 No mention of dining in….but there were over a dozen people there. 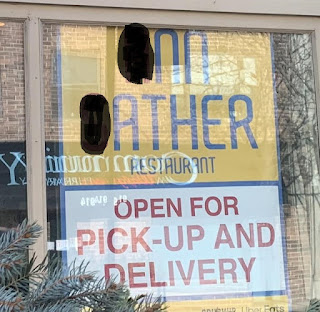 Our contributor asked a few patrons what they thought of an aldercreature disobeying a mayoral decree and gubernatorial mandate, but many scurried away, probably ashamed to have been caught exercising their democrat privilege while lesser restaurants remain shuttered and dying. Others were happy someone was finally working against Groot’s onerous orders. At least the aldercreature has a six-figure part time job to fall back on.

Maybe someone could ask if the aldercreature is submitting Sales Tax receipts to do his little part keeping the city economy stumbling along. Perhaps he knows (as more people are discovering daily) that the lock down is political bullshit, healthy people aren’t dying, restaurants and bars are not super spreader locations and the damage this is doing to the long term economy is incalculable.

This “Investigative Journalism” thing is pretty easy – we can’t imagine needing an actual degree or talent to do it. All you need is a set of balls and a don’t-give-a-fuck attitude. A taste for cinnamon rolls is also recommended.