The University of Utah has confirmed that their new chief, Rodney Chatman, has been placed on administrative leave.

Deseret News reports that Chatman was placed on leave “sometime” this week, and that Deputy Chief Jason Hinojosa is handling the day-to-day operations of the police department.

The agency declined to comment on why the chief was placed on leave or whether it is related to police certification issues.

The Utah Attorney General’s Office also confirmed Friday it is one of multiple agencies involved in an investigation into the police chief, but declined to specify what they are investigating. 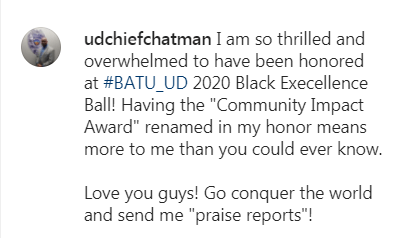 Jones said those allegations are based on reports from several people who contacted him, including people who used to work for the university’s police department.

All police officers in the state must be certified by Utah Peace Officer Standards and Training. Even officers that are hired from out of state must pass the agency’s written and physical tests. The tests are standardized for all officers.

Jones claims Chatman was visibly seen walking around the university campus in a police uniform with a badge and gun, something only certified law enforcers are allowed to do.

Lt. Nick Street with the Department of Public Safety said Friday that Chatman is certified with Peace Officer Standards and Training. It was not immediately known, however, when Chatman received his certification.

Jones said the allegations his office has received have been referred to the “proper authorities.” Some of those claims include allegations of impersonating a police officer and Government Records Access and Management Act violations, which are criminal offenses.

Chatman is the former police chief at the University of Dayton in Ohio, was hired at the beginning of the year to replace embattled former Chief Dale Brophy.