FOUNTAIN VALLEY, Calif. — What happened to Jane Carver was the stuff nightmares are made of, being in the wrong place at the wrong time—and even worse, being the wrong person.

“This is the thing you see on a television show, but certainly not a crime in Orange County, California,” muses one of the commentators to be found in The Real Murders of Orange County, Oxygen’s cheekily named new series that delves into the darker side of the region also known for a certain soapy primetime drama, wine-sipping Housewives and the ups and downs of the hot and privileged in Laguna Beach, eonline reported.

Time to add murder to the list, starting with the 1995 slaying of Carver, a happily married flight attendant who was shot just yards away from her house while she was out for a jog in what turned out to be a freak case of mistaken identity that led to the uncovering of all sorts of nefarious business dealings that neither she nor her husband had anything to do with.

On the morning of June 10, 1995, a Saturday, Carver was out for her usual four-mile run around Mile Square Regional Park in Fountain Valley, a suburban O.C. enclave known for quiet streets, large homes and proximity to good schools. She didn’t have her pet collie with her, as she sometimes did.

Shortly after 8 a.m., the 46-year-old was on her way back home and was just passing Fountain Valley Regional Hospital and Medical Center across the street when a car pulled up and the driver fatally shot her in the face. The car was spotted on other residential streets directly afterward, witnesses concluding he purposely tried to avoid the major thoroughfare that led out of the area. 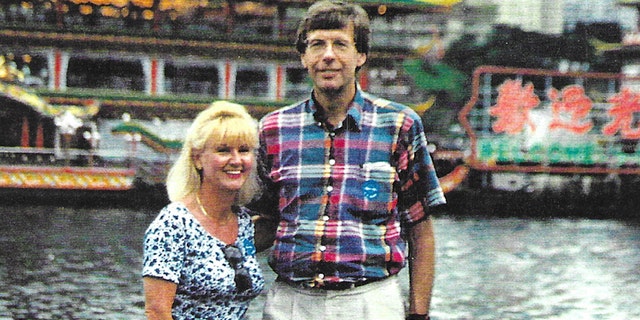 “I’m just devastated…falling apart right now,” her husband and father of her two sons, Al Carver, told the Los Angeles Times after the 1995 homicide, recalling how he had heard the shot, screams and then a police siren. He ran outside toward the commotion and found his wife just a quarter-block away. “Imagine what it’s like to see your wife lie dying in a flower bed…I just don’t understand anything anymore.” 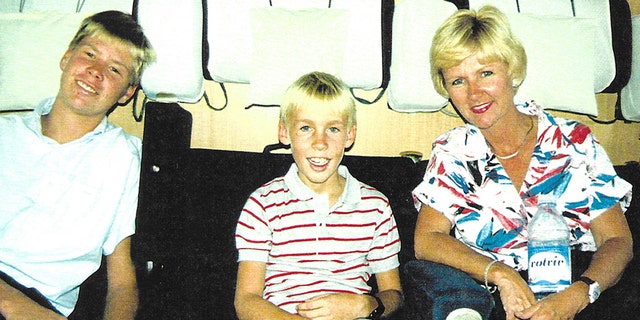 Jane Carver was described by friends as a doting mother and beloved member of the Fountain Valley community. (Photo courtesy of Oxygen via Fox News)

Police gleaned that the shooter had tried to get Carver to get in his car, and when she resisted he shot her. She was pronounced dead at the hospital that was just steps away from the crime scene.

“I don’t know how anyone could stop something like this, protect themselves against something as random and senseless as this,” Police Lt. Bob Mosley told the Times.

Locals were terrified by both the shocking instance of violence and the idea that such a thing could happen literally so close to home.

With Carver, who had been a flight attendant for United Airlines for 26 years, not having any of the apparent issues that investigators keep an eye out for—enemies, debt, a shady husband, troubled kids, etc.—police had a difficult time nailing down any suspects. More than a thousand tips poured in, but it would take almost a year before the pieces would finally fall into place in a most unexpected fashion, eonline reported. 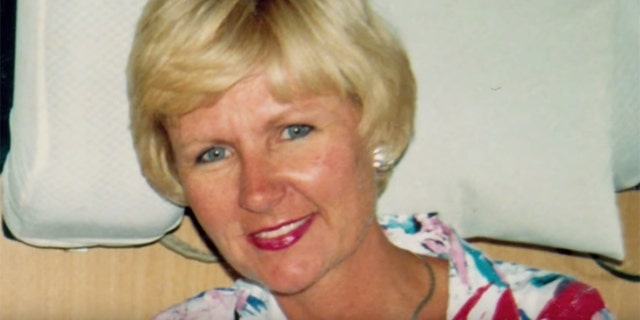 Jim McNeff, current managing editor of Law Officer and retired police lieutenant, worked for the Fountain Valley Police Department at the time of Carver’s murder. He was a sergeant on the SWAT team that served the arrest and search warrant in Los Angeles. The suspect was eventually identified as Leonard Mundy.

“The murder went unsolved for months. The case finally broke when a homicide detective from the Orange County Sheriff’s Department, Christine Murray, discovered a nexus between a homicide she was working and Jane’s tragedy,” McNeff wrote in his book, “The Spirit Behind Badge 145.”

Continuing, “We put the pieces of the puzzle together and discovered the murder of Jane Carver was a case of mistaken identity. The killer, Leonard Mundy, was hired to murder another person who fit Jane’s description and lived a short distance away. The murder for hire involved a business dispute. Once we gathered the evidence we went after Mundy.”

McNeff provided details of the arrest in his book.

“We discovered that Mundy lived in a gang-infested area of South Central Los Angeles. I was a team leader on the Fountain Valley SWAT Team in 1995. (The murder occurred in 1995. The arrest took place in 1996). … I remember the day clearly. Mundy’s residence was unkempt and there were very few people in his neighborhood who were pro-law enforcement. I was the second person on the entry team through the door. We weaved our way through the people, trash, and debris until we found Mundy toward the rear of the house. I love the look on the face of predators who become the hunted once we catch up to them. Mundy thought he was home free until that fateful morning. He said nothing, but his face had the look of a man who had lost control of his bowels. We arrested Mundy and he stood trial for the murder of Jane Carver. He was convicted and is serving a life sentence.”