Officers with the Seattle Police Department witnessed “members of a protest” damage a KeyBank located in the 1600 block of Broadway around 8 p.m. The group then smashed windows at a Starbucks in the 800 block of 12th Avenue before officers moved in and made three initial arrests. One person was arrested for property damage and another two for obstructing a law enforcement officer.

The group continued to march through the streets and caused more property damage to businesses and residences, the police department said in a press release. A fourth person was arrested for property damage before the group returned to Cal Anderson Park. 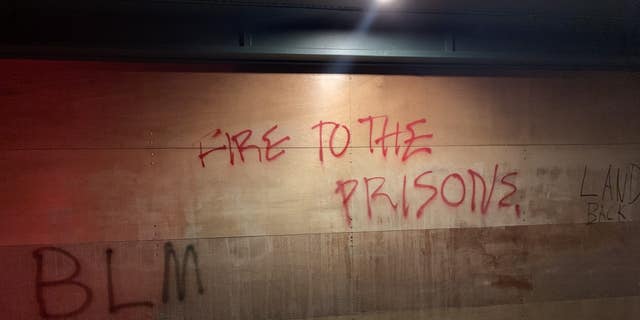 Photos released by police showed shattered windows at the Starbucks and the message “F*** Up Dirty $” spray-painted on an ATM outside KeyBank. Buildings were tagged with slogans supporting Black Lives Matter as well as calls for anarchy, arson and violence against police.

Another phrase seen in graffiti was “Land Back,” a nod to a liberal indigenous sovereignty movement that usually receives attention around Thanksgiving celebrations as some Native Americans instead call for a counter-protest dubbed a National Day of Mourning, according to Fox News. 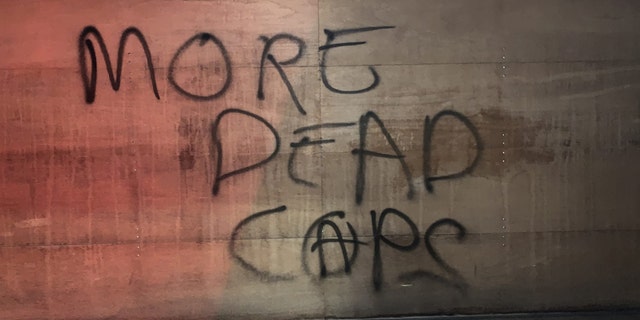 Seattle has been the site of ongoing protests since the custodial death of George Floyd in May. 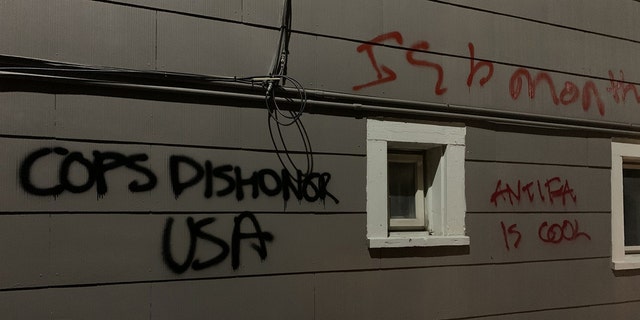 After months of contentious talks to “defund the police,” Mayor Jenny Durkan plans to sign a new city budget voted on by council members last week to reduce the city budget by 18%, which will cut funds for training, overtime and eliminate dozens of vacant positions within the department. 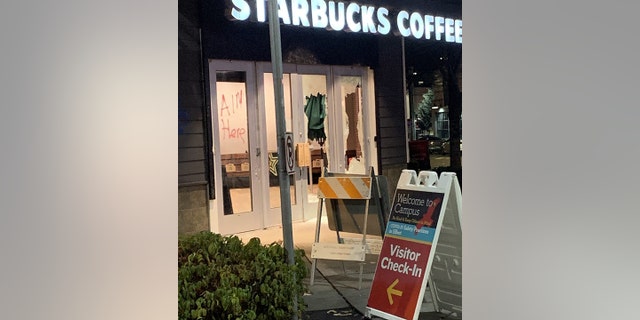 The new budget comes as the city marked its 55th murder of the year Monday with the fatal shooting of a man in the North Beacon Hill neighborhood, Fox reported. Another man was also shot in the same incident but survived.

Like other big cities, Seattle is seeing a sharp rise in violent crime. The city recorded 28 homicide victims last year and 32 in 2018, according to police figures. Going back to 2008, the last year of data available, murders never topped 30 prior to 2018.