So these are the sheets from 011, second watch the other day (click for lager version): 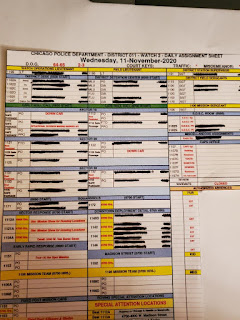 As you can see, only two street supervisors and the bare minimum of 15 beat cars (all but one a 10-99 unit) plus the wagon. Groot is still getting her sergeant and six officers downtown though.

It can’t get any worse that this, can it? 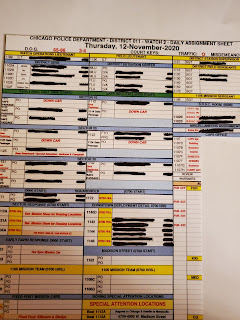 The very next day – FOUR beat cars down.

In the Homicide Capital of Chicago.

And 011 had four homicides this week.