SAN JOSE, Calif. — A homeless man accused of fatally stabbing two people inside a California church over the weekend was deported three times and never turned over to federal immigration officials before the attack, despite multiple arrests and convictions for violent crimes, authorities confirmed Wednesday.

Fernando De Jesus Lopez-Garcia, 32, is accused of stabbing five people inside the Grace Baptist Church in San Jose on Sunday, Fox News reported. A man died at the scene and a woman later died at a hospital, San Jose Police Chief Edgardo Garcia said Wednesday during a news conference. 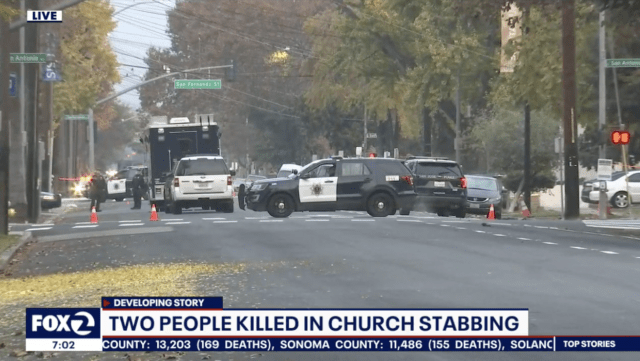 The lack of cooperation between local police and federal immigration agents because of California’s sanctuary policies was criticized by a high ranking federal agent who said the attack could have been avoided.

Consequently, Lopez-Garcia is charged with two counts of murder, three counts of attempted murder, battery on a spouse or cohabitant and violating a protective order.

“On three prior occasions, Lopez had been deported and then ultimately returned to the United States,” Chief Garcia said. 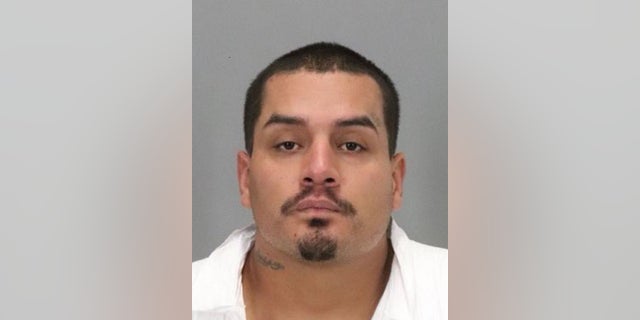 The church frequently provided shelter and meals to homeless people in the area, officials said. Lopez-Garcia had utilized its services in the past and sometimes worked with church staff to set up services, officials said.

Four of the stabbing victims were homeless and another was a city employee and volunteer working at the church. The names of the victims will not be released, the police chief said.

Lopez-Garcia has an extensive criminal history, which includes convictions for ADW — assault with a deadly weapon, resisting arrest, disturbing the peace and providing false information to a police officer. The ADW conviction resulted in a two-year prison sentence, according to Fox.

Moreover, at the time of the deadly stabbings, he had a pending misdemeanor domestic violence charge in Santa Clara County that stemmed from a June arrest. He was granted supervised release, which was revoked after failing to appear in court.

The release was over the objection of the Santa Clara District Attorney’s Office. At the time of his June arrest, Lopez-Garcia, a Mexican citizen, was on probation for a felony domestic violence conviction in a nearby county, officials said.

An immigration detainer was sent to the Santa Clara County Jail to hold Lopez-Garcia so Immigration and Customs Enforcement (ICE) agents could take him into custody upon his release. Notification to ICE would have been allowed under California’s sanctuary policy, Garcia said, but the request was not honored and he was released, Fox reported.

The county’s sanctuary policy bars local law enforcement agencies from contacting ICE about the pending release of inmates who had been living in the United States without legal permission.

“Here we have catastrophic proof of the abject failure of California’s sanctuary policies. The only person this policy protected was a criminal; permitting him to reoffend over and over again,” Jennings, the ICE field director, said. “Had those immigration detainers been honored, or had ICE been notified on any of the other multiple occasions he was arrested and released from local jails, we would have taken him into custody.

Lopez-Garcia was deported in 2013 and re-entered the U.S. illegally, authorities said. Multiple ICE detainers requesting notification of his release from county jails were ignored.