As a Northern Virginia native and Vassar alum who hails from a long line of Democrats deeply involved in the fight for gun control, you could say being a Republican doesn’t necessarily come naturally.

I certainly couldn’t have predicted that I would find myself at the helm of the notoriously contentious House Judiciary Committee during a time of historic levels of political acrimony – not to mention the first impeachment of Donald J. Trump.

I would be lying if I didn’t say there were times of intense self-reflection when the political reality of what we could do, derailed the dreams of what we might do – together.

When I reflect on my time as Staff Director for the House Judiciary Committee, there are moments of great pride. Pride and gratitude that I was allowed to play a small part in governing. In legislating. In the very reason that I, like so many people – most barely old enough to rent a car – find themselves drawn to the siren song of the legislative branch.

One of those moments was the legislative dance that ultimately resulted in the passage of one the most significant pieces of criminal justice reform in American history – the First Step Act. What was hailed as little more than an unrealistic and far-fetched strategy resulted in decades of partisan gridlock being chipped away in less than two years.

While passage of the First Step Act was a landmark achievement, one that fundamentally altered how we respect the dignity of non-violent offenders seeking to reenter society, the policy is true to its name: a first step.

As the Biden administration moves beyond the first 100 days and looks to prioritize bipartisan wins they need to deliver for their members before the midterms, criminal justice reform should be at the top of their list.

The administration has shown an interest in speaking the language, beginning with the vocabulary shift from “equality” to “equity.” But come election day they’ll need to show legislative victories.

Talk is cheap, after all. And Speaker Nancy Pelosi’s current strategy of re-passing progressive priorities in the House – with less-than-enthusiastic Statements of Administration Policy and even less Senate enthusiasm – isn’t going to give the president’s signing pen much to do.

The time is right for the next step in criminal justice reform.

This administration has all the tools it needs to move forward at a time when our nation is in such desperate need of action. And what better way to start than by rebuilding families and communities that have been historically devastated by targeted overcriminalization.

There is a natural partner waiting to engage, and it’s one very familiar to the Biden administration. In fact, one of the only coalitions as passionate and dedicated as the criminal justice reform movement are cannabis reform advocates, and for good reason.

State incarceration rates are dropping as decriminalization and legalization efforts at the state level are succeeding. Ultimately, both movements want the same thing: a freer, fairer system that addresses past injustices and offers renewed hope for the future. 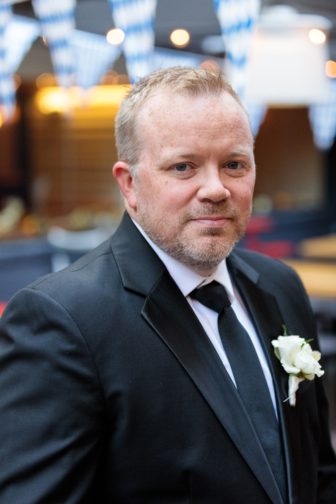 Bills like the EQUAL Act , (an acronym for Eliminating a Quantifiably Unjust Application of the Law), which removes the sentencing disparity between crack and cocaine, provide a bipartisan legislative foundation to build on. The Act,  was introduced this month, was co-sponsored by Rep. Bobby Scott (D-VA), who was the original sponsor of the House version of the 2010 Fair Sentencing Act, which cut the sentencing disparity from 100 to one to 8 to one.

The partners are in place, the coalitions and support are there. All that’s needed is a leader to stand up and say it’s time to take the next step on criminal justice reform. I hope that leader will be President Joe Biden; and if it is, this Republican stands ready to help.

Brendan Belair is the former Republican staff director of the House Judiciary Committee.