A fugitive who shot a Massachusetts state trooper in the hand during a traffic stop two weeks ago was killed early Friday during a gunfight with U.S. marshals in New York City that left two of the officers wounded.

ABC News reports that two deputy marshals were shot at 5:30 a.m. in a Bronx apartment as they attempted to arrest Andre Sterling, age 35.

Sterling was killed in the shootout and his gun was recovered at the scene. 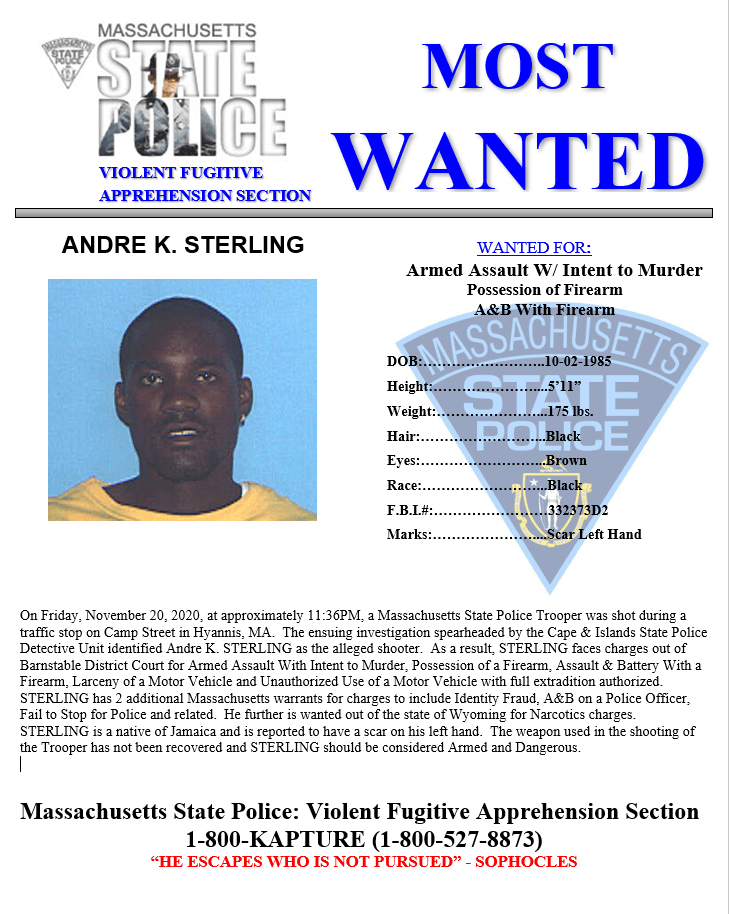 A second man in the apartment was arrested.

Sterling was wanted for the November 20th shooting of a trooper during a late-night traffic stop in Hyannis, on Cape Cod.

Trooper John Lennon, 28, was hospitalized for several days after a round went through his right hand and appeared to have struck his ballistic vest.

Massachusetts U.S. Attorney Andrew Lelling said the deputies were executing a fugitive warrant his office issued for Sterling when they were confronted with gunfire.

There was a national alert sent out advising law enforcement agencies to be on the lookout for Sterling and that he was “armed and dangerous.”

“At a time of constant, opportunistic, and absurd anti-police rhetoric, this is today’s reminder of the sacrifices law enforcement officers make every day to keep us safe,” Lelling said in a statement.

Three marshals with the New York/New Jersey Regional Fugitive Task Force took fire as soon as they entered the Bronx home where they believed Sterling was located, according to a law enforcement official who was not authorized to discuss the incident publicly and spoke to The Associated Press on the condition of anonymity.