TAMPA, Fla. — Why did this Florida man have a light pole strapped to his car? … It sounds like the opening to a joke. After all, Google “Florida man” and you’ll be humored for the rest of the day. Furthermore, no one in their right mind would strap a light pole to their car, so there’s got to be a punch line, right?

Actually, no, there isn’t. It’s just a “Florida man” doing what they do (apologies to normal men from Florida), and getting arrested for grand theft in the process. (Confession: scavengers like this are a dime a dozen in California, too.)

Douglas Allen Hatley, 71, was pulled over on a Tampa roadway on Monday after another driver reported that a maroon Toyota Camry was hauling a metal pole – nearly double the length of the car – on its roof, the Florida Highway Patrol said.

Hatley appears to be a scavenger, the kind of guy who stacks pallets etc. a mile high above his automobile. He found the pole on the ground by the side of the highway and wanted to sell the metal for scrap, according to troopers. 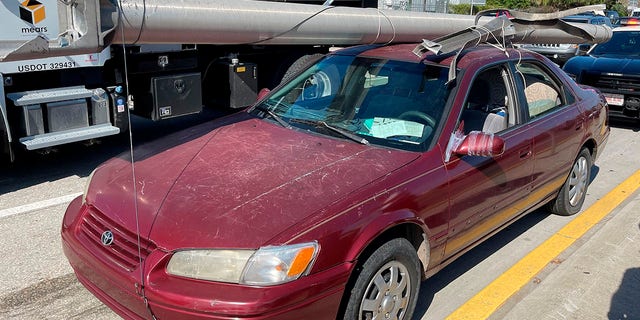 A driver told authorities they had seen Hatley tie the light pole to his car roof a few miles away on Interstate 4 near the Interstate 75 interchange. 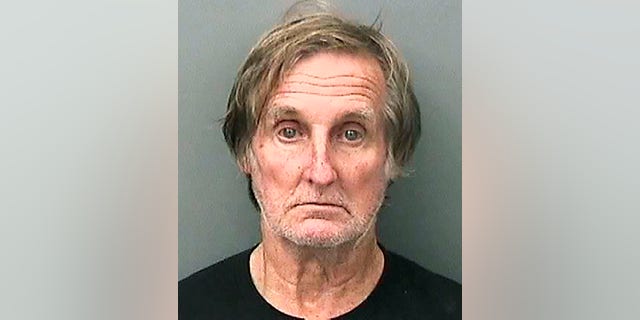 Hatley was being held on $2,000 bond. (Hillsborough County Jail)

The 71-year-old Lakeland man said he didn’t realize that it was illegal to remove broken utility and light poles from the side of the road.

Hatley was arrested and charged with grand theft. He was being held on $2,000 bond, Fox reported. A passenger in the car was not charged. 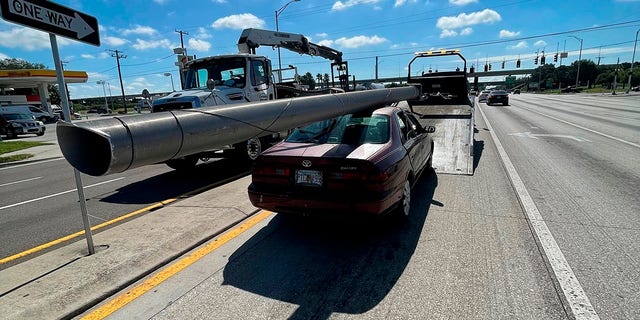 Hatley told troopers that he had found the pole on the ground by the side of the highway and had planned to sell the metal for scrap, according to the report. (Florida Highway Patrol)

Hatley has a long rap sheet, having been arrested 48 times in Florida since 1971 on charges such as grand theft, burglary and probation violation, the Times reported, citing state criminal history records.