Hiring Black officers has often been touted as a way to reduce violence in urban neighborhoods and police killings of civilians. More than 50 years ago, the 1968 Kerner Commission recommended that law enforcement agencies hire more minority officers to reduce racial bias in use of force.

Five years ago, the President’s Task Force on Twenty-First Century Policing recommended increasing the diversity of police departments to improve police-civilian relationships.  Despite some increases in racial/ethnic diversification of police departments in the past few decades – growing from 14 percent to 27 percent between 1987 and 2016 – Black officers only account for 11 percent.

Thus, it is not surprising to see our colleagues, Stewart D’Alessio and Lisa Stolzenberg, recommend recently in a recent essay for The Crime Report that police agencies hire more Black officers to mitigate crime and improve relationships between the police and minority residents.

D’Alessio and Stolzenberg argue that the failure to arrest more Black people who engage in crime is because many Black individuals don’t trust the police since they experience policing as racially biased. They conclude that hiring more Black police officers will help overcome this feeling of bias, and that people will then be more likely to report individuals who offend to the police.

This will in turn improve clearance rates and result in more arrests of Black people who engage in lower-level crimes, they contend.

This analysis fails on two levels.

First, the experience of abusive policing is not just experienced as discretionary bias by individual officers. Rather, it is experienced as a combination of witnessing repeated acts of police violence meted out against Blacks, whether technically lawful or not, and intensive over-policing along a broad spectrum. 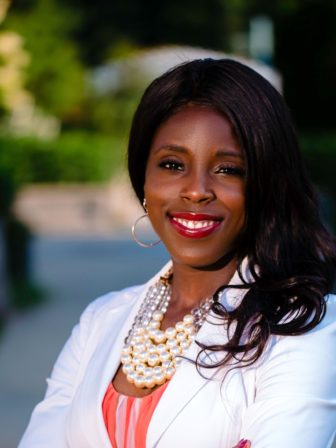 These communities are experiencing the criminalization of racialized poverty, not the implicit bias of a few white police officers.

Many people who do not cooperate with police believe that these systems of over-policing are routinely used to criminalize them, their friends, and family members in ways that are harmful and often fundamentally unjust. A 2018 survey found that 75 percent of Blacks believe that it is common for police to arrest innocent people.

Beth Richie shows how reluctant Black women are to call police even in cases of intimate partner violence because police and the rest of the legal system are focused on using criminalization to manage family crises in ways that are ultimately harmful instead of providing them with resources and tools to overcome these crises.

In other words, many people are reluctant to call the police because they don’t view it as an effective way to resolve personal and communal problems, even those of serious violence. Hiring more Black police officers won’t fix this.

Second, having more Black police officers has not resulted in significant improvements in policing or public safety. Some studies suggest that there is no relationship between officer race and policing outcomes. For example, research has shown that increased racial minority representation within police agencies is not associated with fewer disparities for these groups in traffic stops.

A 2017 Indiana University study did find some modest reductions in police killings related to increased diversity, but only in a very small number of big-city departments; the rest of the departments in the study showed worse outcomes as diversity increased. Just last year, researchers at the University of Maryland found that Black police officers show evidence of the same racial biases as white officers.

Some studies show that Black police officers may be more likely to discriminate against Black civilians.

In fact, some studies have shown that Black police officers may be more likely to discriminate against Black civilians and treat them harshly because of increased pressure to adopt an organizational role that prescribes such behavior (Brown and Frank 2006; Wilkins & Williams, 2008).

In a recently published book, Hands Up, Don’t Shoot, one of just, Jennifer Cobbina, interviewed nearly 200 protesters and residents of the cities of Ferguson, Mo., and Baltimore, Md., which saw widespread unrest following the officer-involved deaths of two Black men, Michael Brown and Freddie Gray.

She found that while a quarter of people wanted to see more Black officers within police departments, another quarter reported having horrible experiences with them. Many were the recipients of physical and verbal assault from Black officers, and as a result held negative perceptions of law enforcement. Moreover, some work has shown that the use of fatal force increases with the proportion of Black police officers.

Finally, while representative bureaucracy theory suggests that there may be a relationship between force composition and decreased police violence, research testing this framework in a police context has produced mixed results.

Some studies have found that simply hiring more Black officers is enough as long as Black civilians believe the officers’ shared experience will influence their actions. Other research investigating the potential of representative bureaucracy to explain police killings of Black civilians suggests that hiring more Black officers in and of itself is not enough to reduce police-involved homicides of Black people.

D’Alessio and Stolzenberg rest their case on research that shows that people feel better about policing in communities of color when more Black officers are on patrol. The problem with research like this is that it relies on a procedural justice framework, which argues that the problems with policing can be fixed by making officers more professional, less biased, and more accountable.

Robert E. Worden and Sarah J. McLean show in their book, Mirage of Police Reform: Procedural Justice and Police Legitimacy, that most of this research measures the level of community satisfaction with police following diversification, anti-bias training, etc.

Yes, sometimes people do feel better about police after such efforts. However, these studies fail to show that this actually produces substantially better policing, reduces crime, or alleviates the negative impacts of policing on these communities. Proceduralists point to a recent study in Chicago that found a reduction in police use of force following a 16-week diversity training program. 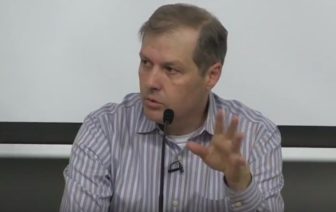 However, the reduction was of a very small magnitude of 6.4 percent; hardly a significant change, especially when use of force incidents are self-reported by police. A similar study in Seattle showed even less promising results.

What most procedural studies fail to address are issues of substantive justice, which is concerned with the actual impacts of policing and criminalization on individuals and communities. Over the last 40 years we have seen a dramatic increase in the scope and intensity of policing as part of the defunding of communities and the basic social safety net. The social problems that have emerged as a result, such as mass homelessness, untreated mental health and substance use issues, and mass participation in black markets due to economic precarity have been turned over to the police to manage.

This is a problem of political priorities at the heart of the current protests against policing and they can’t possibly be addressed by hiring a few more Black and Latino police officers to wage an ongoing war on the poor.

Changing the demographics of policing won’t be enough.

Proceduralists argue against reducing the scope of policing and replacing police with other strategies because that would reduce the hiring of younger, more diverse officers. But activists calling for these reductions in policing understand that just changing the demographics of policing won’t be enough to provide the kind of relief they are demanding.

What the Movement for Black Lives and other groups are calling for, as a result, is not the diversification of police.  Rather, they are calling for the scaling back of police functions like responding to mental health crisis, waging the War on Drugs, managing school discipline, and enforcing broken windows policing, and replacing them with community led initiatives to address specific public safety problems with tools other than policing, such as mental health crisis teams, violence interrupters, high quality drug treatment and harm reduction services, more school counselors, etc.

And for those who support diversification as a jobs program for Black people, the alternative is clear: hire them to work in these new jobs at the same pay and benefits. The current reality is that there are very few jobs for young people of color who want to do something positive in their community, especially not with the high pay and benefits they can receive in policing.

Violence interrupters, for instance, are typically paid about a quarter of what police make in salary and benefits over a career and there are far fewer of them working in a given community than there are police. Instead of putting more resources into hiring Black police officers, cities should be hiring more Black school counselors, violence interrupters, drug treatment specialists, housing developers, mental health clinicians, and social workers.

When we place large investments into marginalized communities, it will play a potent role in crime reduction and prevention and ultimately reduce our need to rely heavily on law enforcement in the first place.

Jennifer Cobbina is Associate Professor of Criminal Justice at Michigan State University. Alex S. Vitale is Professor of Sociology and Coordinator of the Policing and Social Justice Project at Brooklyn College.